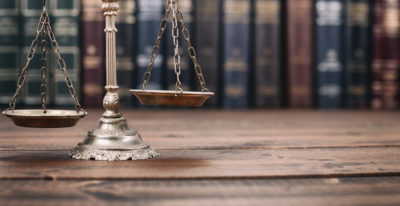 By John SzepietowskiMay 21, 2021No Comments

Undoubtedly, there has been a rise in pensions fraud over the last few years, which has left many vulnerable people at a loss. Since 2017, according to Action Fraud, a total of over £23 million has been lost to pension scammers across the UK alone. There is great emphasis on encouraging the public to take extra precaution to protect themselves from fraudsters as a preventative measure.

To avoid falling victim to a pensions scam, it is vital to stay vigilant about possible fraudulent activity. A common sign of fraud is being contacted, by way of telephone, email or even a text message. It is likely that the more sophisticated scammer will have taken the steps to represent themselves, and their online presence, in a formal manner making it very difficult to decipher between a genuine and disingenuous pension scheme. Often, the counterfeit pension schemes offer fanciful incentives to entice consumers, particularly, higher returns, early cash releases, unregulated investments, and long-term pension investments.

Taking effective preventative steps is the safest way to protect savings and invest in genuine pension schemes. It is inadvisable to accept unexpected offers, it is important to take the time to prudently research a pension company. Action Fraud have a pension website checker available to aid uncovering fraudulent websites. Furthermore, many companies offering financial advice and services are authorised by the Financial Conduct Authority (FCA) therefore it is recommended to check their Register for the company in question. Additionally, ‘clone firms’ exist who duplicate the information of a FCA regulated body therefore it is vital to ensure the contact information listed is identical to the method you are being contacted by.

To ensure extra precaution is taken, any concerns should be addressed to the Pensions Advisory Service who provide independent and impartial information free of charge.

The Pensions Regulator (TPR) is the relevant authority which oversees work-based pension schemes across the UK. TPR has regulatory and enforcement powers over individuals, companies and third parties. Amongst others, this includes the power to undertake a criminal investigation, as well as the ability to prosecute certain offences in the criminal court and to seek post-conviction orders. TPR have wide scope to impose punitive measures.

In January 2020, wider powers for the TPR were included in the proposals of the Pensions Schemes Bill 2019-21 including increasing the limit of fines to £1 million as well as wider criminal and non-criminal sanctions. The Bill has passed through the Report Stage and the Third Stage with some amendments having been made. Currently, it is on route to the House of Lords for review.

Of late, the Pensions Regulator used their power to enforce additional punitive measures against those convicted for fraudulent activity. In a recent case of an accountant, Mr Bessent, TPR enforced a confiscation order in addition to a 39-month custodial sentence. The confiscation order was for the repayment of a total of £274,733 as well as around £10,000 from his cash account. Furthermore, if Mr Bessent fails to pay within the 3-month time limit, TPR have instructed that the balance due will increase alongside his custodial sentence. The bulk of the settlement is to be paid to Focusplay Retirement Benefit Scheme, who fell victim to Mr Bessent’s fraudulent endeavours, with a minor amount being received by the Home Office’s Asset Recovery Incentivisation Scheme.