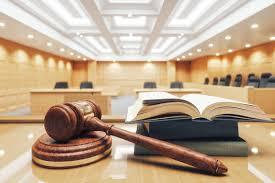 By John SzepietowskiOctober 5, 2022No Comments

The UK uses an adversarial system of justice. This means the opposing parties act against each other to convince the judge and the jury that their argument is correct. Lawyers have great control over how they argue their side and specifically decide what issues they wish to present to the court. The Judge’s main role is to preside over the trial. They make rulings on disputed issues of procedure and evidence and assisting the jury (for example, summing up facts at the end of the hearing). Specifically, the judge does not direct the lawyers to address specific points, witnesses or evidence.

Whether the adversarial system was followed was recently argued in Ali v Ismet Dinc and another [2022] EWCA Civ 34. This case was initially regarding a contract of sale for two properties. The claimant argued that they transferred the property for £1.35 million. The defendant claimed that the property was transferred was a gift, which he would use to raise capital for the claimant. The judge at first instance held that an agreement existed, but, neither of the parties’ proposed agreements were reflected in the evidence presented to the court. The judge went on to find that there was clear intention that the properties would be transferred exclusively for the use of raising funds, for the claimant. This means that a trust was created.

At appeal, the defendants argued that the judge at first instance decided on the case as they believed the above-mentioned intention had not been pleaded. To decide on this case, Birss LJ identified three main issues to be addressed:

Birss LJ first looked at pleadings. He found that the defendants had been given proper notice that they had to address the pleaded alternative trust case. Furthermore, he found that the judge at first instance’s conclusions were made up of accepted or rejected factual assertions. In other words, the facts relied upon were in one of the party’s pleaded cases.

Birss LJ then looked at the cross-examination.  He held that a witness sticking to their argument was normal and does not mean that the alternative case was abandoned. Finally, the case was fully argued out by counsel at the end of the trial. As such, the defendants could not claim to have been ambushed or precluded from advancing submissions or evidence which they might otherwise have done. The appeal was rejected by Birss LJ on the grounds that the judge had not adopted an inquisitorial approach to this case.

This case reminds the judiciary and the legal industry as whole the important rules in place to protect our adversarial legal system. It ensures judges remain neutral in order prevent prejudice and inequality. It also highlights the need for lawyers to be careful and comprehensive when pleading their case.

For further information on this topic or on any other legal area, please contact John Szepietowski or Kay Stewart at Audley Chaucer Solicitors on 01372 303444 or email admin@audleychaucer.com or visit our Linkedin page.

This information was correct as at July 2022