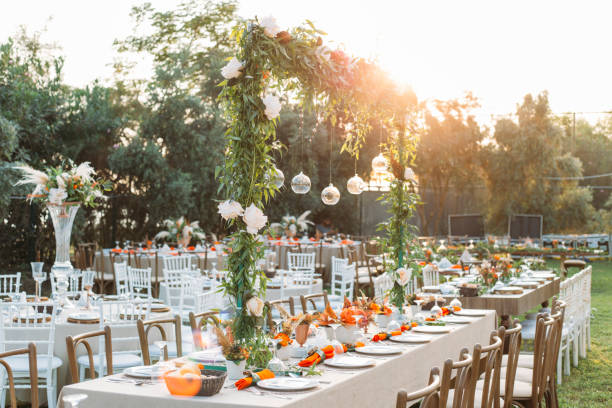 By John SzepietowskiJuly 23, 2021No Comments

Despite what your wedding planner tells you about being able to have the fairy-tale wedding of your dreams, the formalities surrounding marriage and marriage venues are stricter than often believed.

From 1 July 2021, venues are able to hold the whole wedding or civil partnership outside. The move will be introduced through a statutory instrument, meaning that there will not be vote in Parliament to enact the change. Currently, such ceremonies can only take place in specific room or rooms of a building.

While the government line given by Lord Chancellor Robert Buckland QC is that the change to allow outdoor ceremonies will ‘allow [couples] to celebrate…in the way that they want’, the change also makes sense in terms of rejuvenating of the wedding industry in the era of Covid 19, where indoor gatherings are discouraged.

Therefore, in theory, happy couples would be able to wed legally on a beach, cliff, or even in the middle of a field.  The reality however is still quite strict, as places still must be ‘approved premises’.

In order for a premises to be used for civil marriages and civil partnerships in England and Wales, the owner or manager must apply to the local council for a ‘grant of approval’. These are valid for at least 3 years. Premises must be ‘seemly and dignified’ and comply with all the relevant fire and safety legislation. This means that certain venues are still likely to be refused.

In addition, there needs to be a designated officer to make sure all conditions are followed and the superintendent registrar or local registration authority or registrar have approved all wedding/civil partnership arrangements beforehand. No food or alcoholic drinks may be sold or consumed in the specified area 1 hour before and during proceedings. The ‘specified area’ may be hard to define if the wedding is held outside, especially where there is a vast open space or where the outer boundaries of an area are not easy to define e.g. a forest.

Ceremonies may only take place in the specified area, must not have any religious content, and be freely open to the public. Outdoor weddings should be able to comply with this aspect, as being outside is certainly more public than indoors.

It is hoped that the changes to the current law to allow ceremonies outside will also mean cheaper weddings, as cash-strapped couples do not have to hire hall space. However, the cost is unlikely to be significantly lower, as the administration costs of registrars attending the venue and the registration of the marriage or civil partnership remain the same.