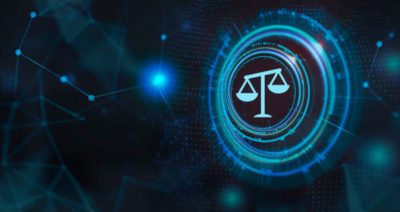 By John SzepietowskiSeptember 7, 2021No Comments

The Claimant sought the disclosure of various electronic communications, including Whatsapp messages, from two individuals they claimed to be important to the case. The individuals (W1 and W2) were not current employees of the Defendant, but the Defendant did intend to call them as witnesses.

Disclosure in this case was covered by Practice Direction 51U, which allows for disclosure of documents ‘that is or was in [a party’s] control’. The Claimant argued that the Defendants had an obligation to make ‘reasonable and proportionate requests’ for those documents, even though the documents were stored on W1 and W2’s phones and their (former) work email addresses.

Questions the judge considered were:

W1 had three mobile phones in the period in question: one English, and two Georgian. There was no dispute that W1 had used them to communicate about the issues in dispute. The judge accepted that W1’s messages, text and Whataspp, might be significant.

The Claimant argued, inter alia, that the contract of employment between W1 and the Defendant expressly stated (clause 15.1) that upon termination of employment, W1 was required to return all documents belonging to the Defendant and destroy all confidential documentation belong to the company.

The judge held that the obligation in 15.1 was not time limited. They also held that the clause would apply to smartphones and whatsapp communication, even if it were seriously challenged that such forms of communication were not envisioned at the time of the formation of the employment contract. He compared a smartphone to a computer on the basis that they carried out similar ‘functions’. It was therefore held that W1’s phone was in control of the Defendant.

As for whether an order for disclosure was needed, the judge looked at several factors such as the closeness of the trial and the number of deadlines required. The judge held an order was necessary due to the nature of the issues, the immediacy of the Whataspp (and similar) messages, and that emails and other documents alone may not give the most accurate picture of the business environment of the Defendant.

‘Documents’ therefore no longer just mean written letters or emails, but also forms of instant messaging such as Whatsapp. This is significant as Whatsapp is in part popular because it is advertised as being more secure that text messages due to its encryption feature. Now, parties may be asked to disclose what they believe would always remain private messages. There are potential issues of when ‘work chats’ are also used for private messaging, as it could be difficult (and tedious) to separate the two.

The key message is that you should always be careful as to what you are discussing about work and to whom, as you never know when it may come up again